Founded as a fur trading post in 1605 and officially settled in 1642 by the French, Montreal radiates a continental aura.  Stone and brick buildings dominate the metropolis, especially in Old Montreal.  Architectural styles range from Italian Renaissance to Gothic Revival to Second Empire to Art Deco.  But Montreal is a modern city, too.  Amongst the steel-and-glass skyscrapers and the totally original Habitat 67 -- a housing complex of uniquely stacked and arranged prefabricated concrete forms that suggests a state-of-the art Indian pueblo look -- a contemporary art scene is thriving and vibrating. 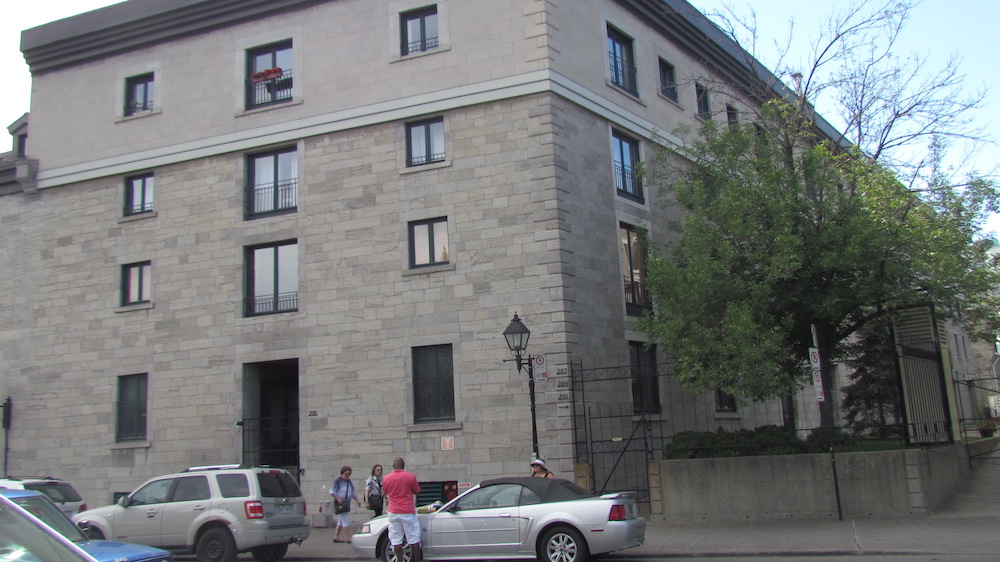 During a weeklong visit last August, I was able to view a few choice contemporary selections from a rich kaleidoscope of artistic venues in this island city along the St. Lawrence River and Seaway.

A special exhibit Picasso: Past and Present at the Museum of Fine Arts motivated me.  As my web site gallery of art reflects (www.jacquelinesavaianoart.com/gallery), I have been exploring styles to find my voice.  This exhibit opened an avenue.  Just by looking at many of Pablo Picasso’s works, we obviously know that African art inspired him.  But the exhibit showed and told how.  It juxtaposed African photographs, masks, and sculptures that Picasso owned alongside his individual paintings, sculptures, and collages that were inspired by each one.  (Did you know he sketched 800 studies for Les Demoiselles d’Avignon?).  I love ancient art and feel that I can continue to draw upon prehistoric, Grecian, Egyptian, and Roman works as stimulation for my contemporary vision, recently launched with my cave art 15,500 B.C Redux and Pop Art Prehistoric California Goddess. 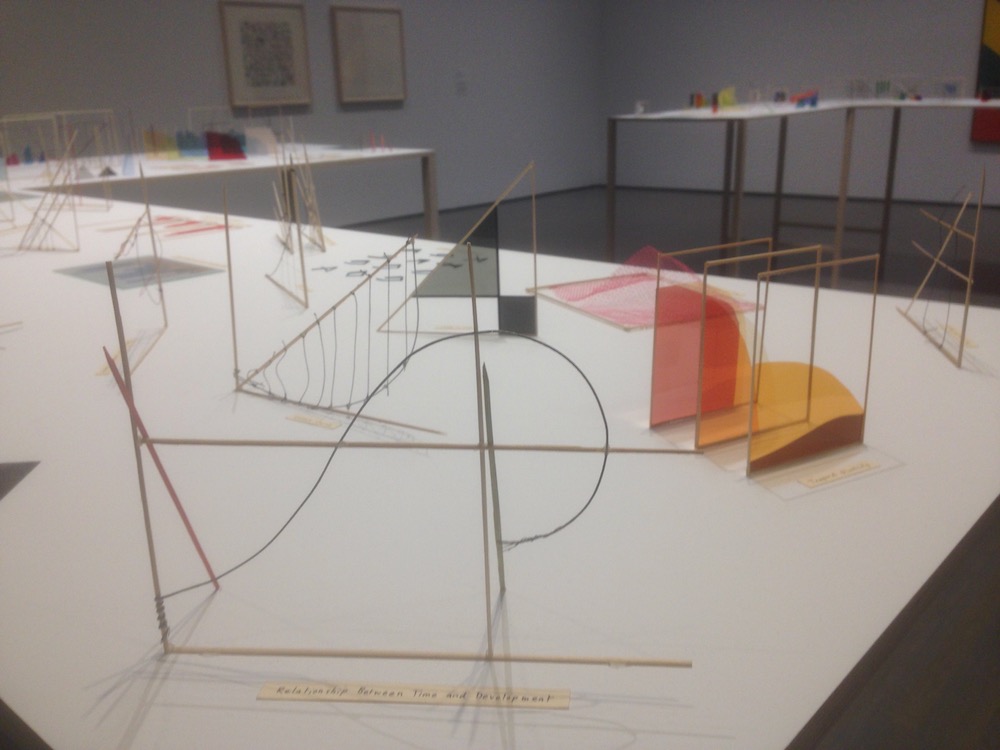 The Museum of Contemporary Art featured conceptual and thought-provoking interactive and immersive exhibits.  In a room-sized installation Zoom Pavilion, we the participants became Big Brother.  We were surrounded by projected black-and-white images of ourselves localized within the space created by 12 computerized surveillance cameras that track each one of us.  Relatively quickly, each of our faces was screened onto three of the walls and the floor.  A fourth 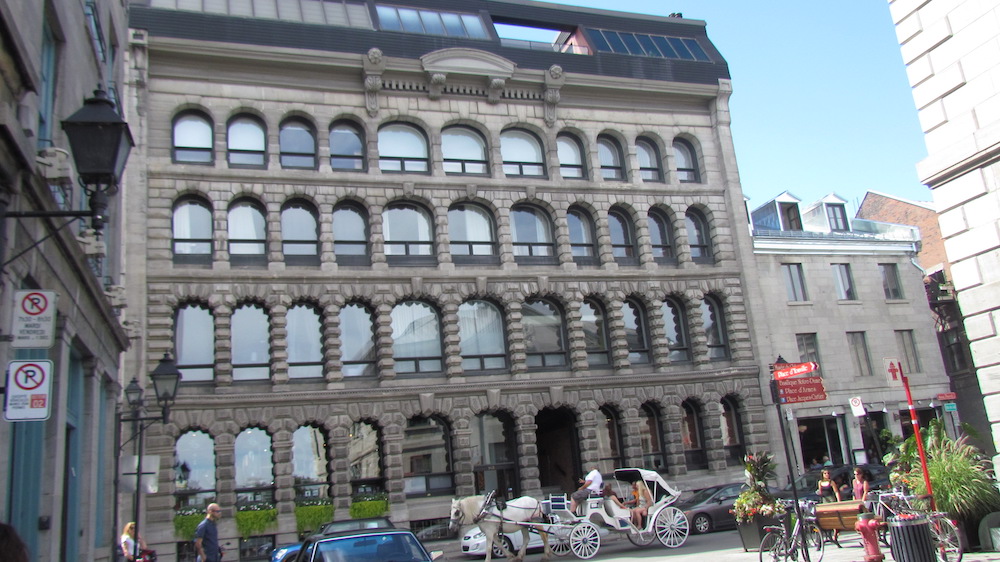 wall archived the faces of all participants.  Digital and visual data collection in action!  Vicious Circular Breathing was a large sculptural installation that combines a scientific device with a gigantic musical wind instrument, similar to an organ.  It looked like a giant technological lung that recycles air via motorized bellows, an electromagnetic valve system, and a tree-like arrangement of 61 paper bags hanging from respiration tubes.  The Prophets posited that economists are modern-day soothsayers. The work consisted of 412 delicate hand-made abstract sculptures of string, bamboo sticks, wire, and acetate sheets fashioned into 3D models of economic graphs, charts, curves, and diagrams that economists have used to predict human behavior by analyzing how work, consumption, and production interact.  The ironic and humorous tone of the descriptions (The Demand for Pollution, Buck and Doe Harvests, Altruism Levels) reflects skepticism of accuracy and understanding that such models are transitory.

Some of the best contemporary Canadian and international works are housed at the Arsenal Gallery, its building once part of a sprawling shipyard in the late 1840s.  Located on a canal in Griffintown, the latest 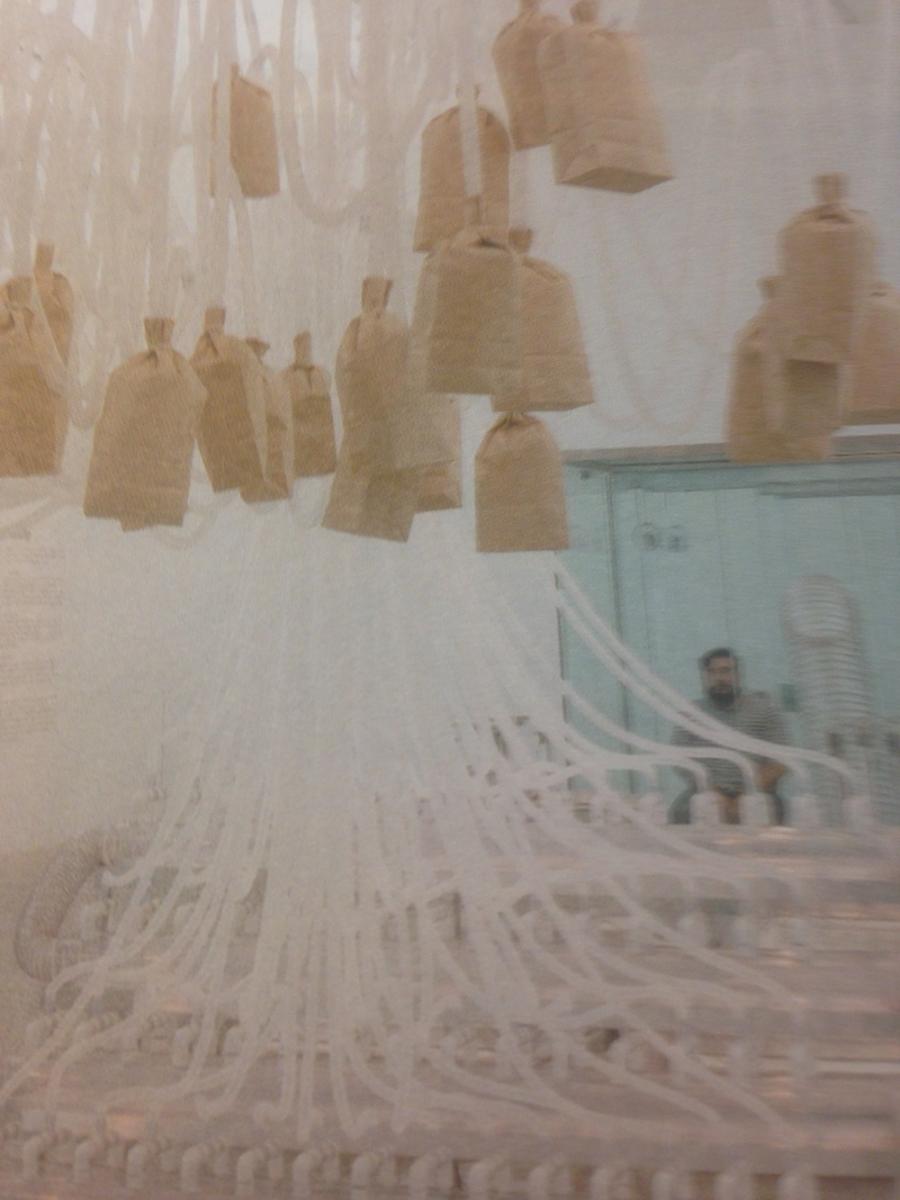 district in the midst of a break-neck speed turnaround, the gallery showcased works in an exhibit called Elektra that illustrate how technology paves the path for new artistic expression.  One work seemed to draw upon the old Etch-A-Sketch concept of the 1950s.  Flies were like embedded filaments behind a screen.  When you stood in front of the screen, the flies would congregate to form a silhouette of your shape.  Creepy?  Yes.  But also intriguing.  In another room, a giant wind machine draped with humungous plastic painter tarps evoked for me a mechanical recreation of 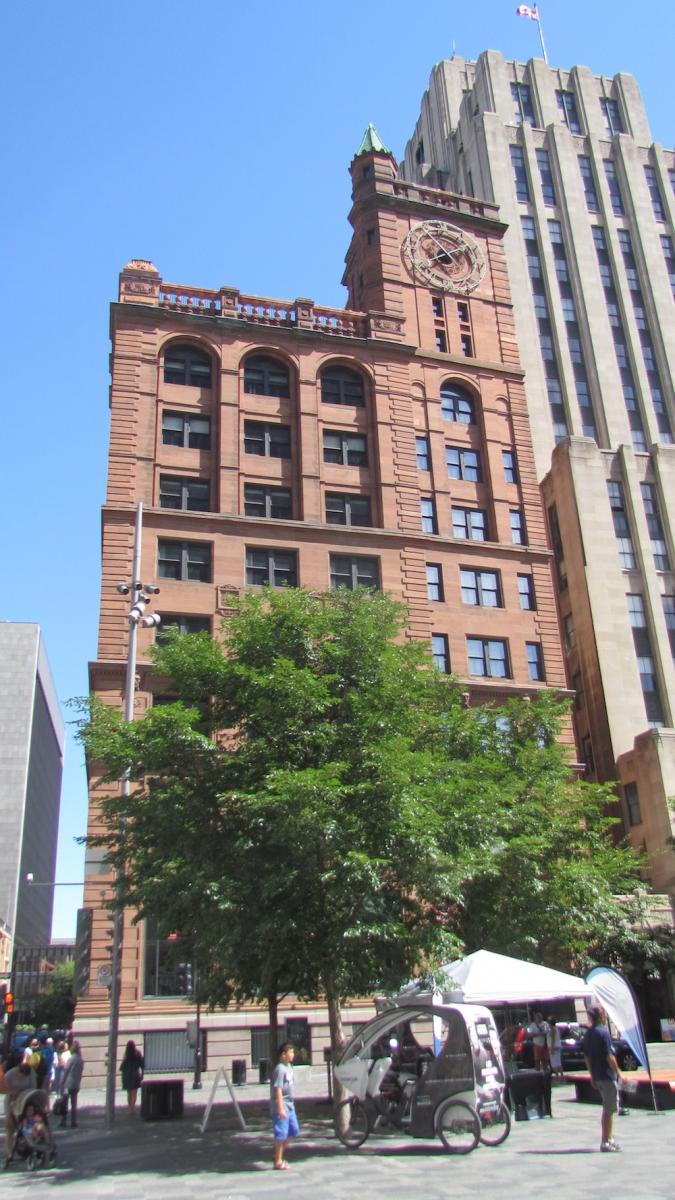 While these major exhibits are long over, smaller galleries throughout the city serve up equally intriguing contemporary creations from Americans, Europeans, and Canadians near and far, including the indigenous First Nation.  The choices are varied enough to satisfy the appetites of art enthusiasts worldwide.